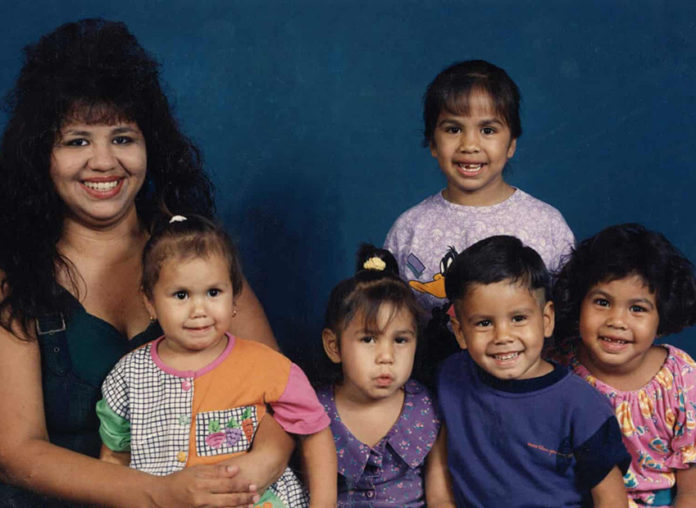 On the evening of 15 February 2007, a team of five police officers in Cameron county, Texas, began an interrogation of a Mexican American mother whom they suspected of having murdered her two-year-old child.

Melissa Lucio was in a vulnerable condition. She was pregnant with twins and in the grip of shock and grief. Just two hours earlier her youngest child Mariah had been pronounced dead having fallen unconscious.

The officers did not let the suspect’s vulnerabilities get in the way of the inquisition. Over almost six hours, stretching late into the night, they applied to Lucio the notorious “Reid Technique” – a controversial interrogation method that has led to numerous wrongful convictions in the US.

As trained to do under the system, the officers put their faces within inches of Lucio’s, screaming at her that she “had to know” what had happened to her child. They had “lots of evidence” that she was to blame for the death, they said, forcing her to view photographs of the girl’s lifeless body.

Then, as the Reid method dictates, they abruptly switched tone. They gently reassured her that she could “put this to rest” if she would only confess to having caused the toddler’s death.

Lucio insisted over 100 times that night that she was innocent. But after more than five hours of aggressive “maximization” and “minimization”, as the technique is known, she reached break point.

She began to repeat the phrases that the investigators had effectively coached her to say.

That coerced confession was the core evidence presented at Lucio’s subsequent trial. It was critical to the jury’s guilty verdict, and to the death sentence that followed.

Next Wednesday, pending a last-minute stay, Lucio, 52, will be executed for a crime that significant evidence suggests she did not commit. Not only that, but significant evidence also suggests that the crime for which she will be strapped onto a gurney and injected with lethal drugs never happened in the first place.

A mounting body of intelligence – much of it never heard at trial, some of it actively suppressed by prosecutors – points to a very different conclusion. Mariah was not beaten to death by her mother; she died of internal injuries from an accidental fall.

As the 27 April execution date approaches, concern that an innocent woman is about to be sent to the death chamber has reached fever pitch. Strange bedfellows have come together to call for the execution to be delayed in an eruption of disquiet that has rarely been witnessed in such intensity in Texas.

“There are so many layers of injustice here that it has drawn the support of unlikely allies. People who may believe very strongly in the death penalty are speaking out because they are disturbed that this case has gone terribly wrong,” said Sandra Babcock, a member of Lucio’s defense team and a Cornell law school professor.

Among those calling for a stay of execution are a bipartisan group of 103 members of the Texas legislature – including 32 Republican members of the House and eight Republican state senators. That is an extraordinary display of cross-party unity for such a toxically divided assembly.

Hundreds of religious bodies, along with women’s and domestic violence advocacy groups, have joined celebrities such as Kim Kardashian to plead with the Republican governor Greg Abbott and the state’s board of pardons to intervene. A documentary about the case, The State of Texas v Melissa, was released in 2020.

Five of the jurors who convicted Lucio have also called for a reprieve. They argue that if they had known at the time what has since emerged the outcome would have been different.

The many legal missteps that lie behind Lucio’s death sentence are laid out in a 266-page petition released this week that calls for a postponement of the execution and a new trial. The prisoner’s lawyers begin by exploring the wealth of evidence that Mariah died by mishap rather than in a brutal murder.

As Lucio was being interrogated by Cameron county detectives, in a separate room in the police station some of her other children (she had nine at that time) were also being questioned. They told investigators that their mother had never been abusive or violent in any way.

The children also said that two days before Mariah died, they had seen their sibling accidentally fall down a steep flight of stairs on the outside of the house they were renting. Lucio, who had been busy getting the children ready for school, found the girl at the bottom of the stairs crying.

Over the next 48 hours family witnesses said that Mariah showed signs of distress, including sleeping long hours and being listless. None of that evidence, which could support the diagnosis of an internal brain injury caused by the fall, was presented at trial.

Nor did the jury hear that Mariah had a medical history of difficulty walking that had resulted in previous documented tumbles.

Two days after falling down the stairs, Mariah stopped breathing and became unresponsive. Lucio dialed 911; paramedics tried to revive the child but she died before reaching the hospital.

Babcock told the Guardian that a sequence of mistakes were made by police, the prosecutor and expert witnesses that all flowed from the same source: an initial misreading of the suspect’s mindset. Lucio had been brought up in an extremely poor and troubled family in Lubbock, Texas, in which she had been subjected to sexual assault from the age of six and at 16 had become a child bride in a bid to escape the abuse.

Long years of domestic violence ensued. Her cumulative experiences – never told to the jury – made her singularly vulnerable to making a false confession in the course of a coercive interrogation.

It also helped explain the bemusement of first responders when they turned up at her house having answered the 911 call. They found her slouched on the floor, where she showed no sign of emotion or crying.

Babcock said that was the classic posture of a victim of domestic violence triggered by a traumatic event. “She was numb, in shock, she was dissociating.”

But to police officers and other first responders, she came across as a callous and cold-hearted individual who appeared unmoved by her child’s death. “They saw a woman who didn’t fit their model of how a grieving mother should behave, and they immediately jumped to the conclusion that this was a woman who had something to hide.”

At trial, one of the Texas rangers who was first on the scene told the jury that he had found Lucio with her head down, making no eye contact and showing no apparent concern about Mariah. “Right there and then, I knew she did something. That’s one of the most common clues – someone with their shoulders slouched forward: they’re hiding the truth,” he said.

That testimony was false. Several scientific studies have shown that you cannot deduce anything about a suspect’s guilt or innocence from their body language or facial mannerisms.

The medical examiner who carried out the autopsy, Dr Norma Farley, showed a similar willingness to prejudge Lucio’s guilt. In her testimony, Farley made several critical statements that have been shown to be scientifically inaccurate.

She said that bruising on Mariah’s body must have been caused by a “homicidal” severe beating. False. A medical review of the autopsy reports criticized the medical examiner for failing to detect clear signs that the child had a blood coagulation disorder that would have produced extensive bruising throughout the body.

Farley said that Mariah’s injuries had to have been inflicted within 24 hours of her death – a significant detail as it ruled out as cause of death the fall on the staircase two days before. That was false too. A medical expert who reviewed the evidence pointed out that it is well established that physical manifestations of an injury can take several days to appear.

Farley also told the jury that at least two bite marks had been found on Mariah’s back and that they were caused by an adult’s teeth suggesting a brutal and painful attack. False. Bite mark analysis has been thoroughly discredited.

Numerous scientific studies have shown that there is no way to categorically identify a wound on a body as being a bite mark. Nor is there any way to identify from the wound who might have caused the abrasion.

Dr Janice Ophoven, the pediatric forensic pathologist who reviewed the Lucio materials, concluded: “The investigation into Mariah’s death appears to have been significantly prejudiced … and creates a risk of [a] serious miscarriage of justice in this case.”

This week Lucio was placed on “execution watch” – a system of 24-hour surveillance that all death row inmates are subject to in Texas in their last seven days before execution. Prison authorities say it is to avoid the risk of suicide or self harm, but Babcock told the Guardian that Lucio found the arrangement “very upsetting”.

“She finds the idea of being observed 24/7 extremely stressful, and every day that passes is one day closer to her possible execution. The terror is real.”

Both the court of criminal appeals in Austin, Texas, and the state’s board of pardons are considering Lucio’s plea. A stay of execution is possible, given the many glaring flaws in how she came to be put on death row.

Lucio is a woman of deep faith who hopes and prays that her life will be spared, Babcock said. But she also knows there is no certainty – not in the death penalty and especially not when a state as relentless as Texas is out to take her life.

“This is the cruelty of alternating between hope and despair,” Babcock said. “It is torture, and every day is more torturous than the last.” 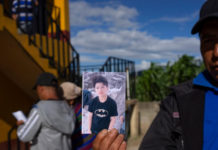 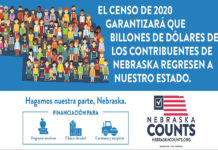 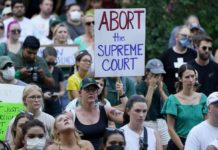